Looking for some assistance…

Next week, a very talented singer/songwriter named Sonnet (www.sonnetmusic.com, www.youtube.com/sonnetsings) is coming to Provo/Orem from Los Angeles to shoot a real music video and perform a house concert which will be broadcast over the Internet.  Sonnet is well known in Utah for her “You’re So Good For Me” song, which was featured as the music for the 2009 Lagoon Park advertising campaign.  If you were in Utah last summer, you most likely have heard the song.  Her other music is just as good.

My role in it all?  Well, I kind of organized the whole thing, and I’m providing the equipment to make it all happen. 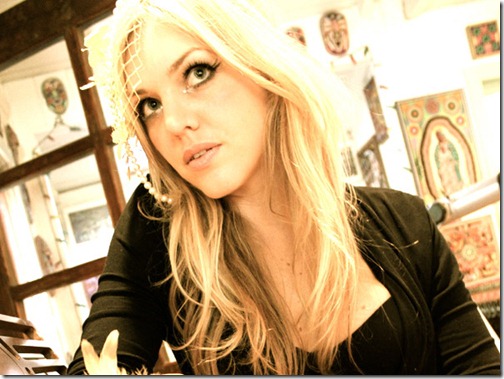 This is going to be an affair that lasts for several days and is going to require a significant number of people to pull it off, so we’re looking for a few extra hands to help out.

Before you stop reading thinking, “I don’t have any technical skills, so I can’t be of any help” please do take the time to finish reading.  While we do require some technical skill for some tasks, most of those are already filled, and many of the remaining roles do not require any technical expertise.

We’ll be shooting the music video for her new song “Seesaw” on Tuesday and Wednesday (June 8/9) at various locations in and near Utah valley.  We have technical crew more-or-less covered for these events, but we could use a few extra people for various other things that it takes to shoot a video: extras to appear in the background in a few scenes, people to hold reflectors and other lighting elements, someone to be in charge of music playback, people to move props and equipment, and maybe even run errands at various times both days.

Unfortunately this whole project is being done pro-bono so we can’t offer any sort of financial compensation.  You will, however, appear in the credits for the video, and food will be provided while we are shooting.

For the technically minded, we are doing something new and trendy: we are shooting the entire video on Canon digital SLR cameras, just like this season’s finale of House, and some feature films currently in production.  The video quality is amazing!  We’ll also be doing a significant amount of green-screen work.  This is the real deal here, folks – it’s going to be shot professionally, complete with special effects, and is going to look fantastic.

If you’ve ever wanted to be involved in the creation of a real music video, whether as an extra, or crew, this is a great opportunity.  And certainly something that can go on the resume of anyone wanting to do any video or film work.  We don’t require that you be available all day, but if you have a few hours to help out it, we would be very grateful.  We’ll have a schedule of events finalized by this weekend, which I will send to anyone who expresses any interest in helping.

Rather than doing a big concert in a regular venue, we have elected to do a small, intimate concert.  House concerts are currently popping up everywhere, and are becoming quite popular, even for well-established artists, so that’s the directly we have elected to take.  Her concert will be next Thursday at 7pm in Orem.

Sonnet has invited about 30 guests, giving her the opportunity to actually interact with those who attend and talk about her music in an informal setting.  We will also be shooting and broadcasting that event over the Internet for any of her fans to view (at http://www.ustream.tv/channel/sonnetlive).  The resulting video will be re-edited later and be uploaded to her web site and YouTube for all to see.

Even though it will be informal, from a technical point of view it will be very sophisticated: we’re going to be shooting on 6 cameras, have everything professionally lit, and audio will be first-rate.  It will have the feel of something small and intimate, but look and sound like a first-rate production.

We have most of the technical assistance we need (though we could use one additional camera operator), but are still looking for a little bit of additional help.  We need someone to welcome guests and make sure they are seated comfortably.  We need a few people to assist the camera operators by making sure that cables stay out of the way.  We need someone to help with the camera dolly.  We might need someone to help with controlling the lighting.  A few additional hands to move equipment in and out in the morning and evening would be very much helpful.  None of these are difficult tasks, but we’re a bit short on people-power.

Again, we can’t offer any financial compensation, but your name will appear in the credits, and you’ll get to attend a concert with excellent music, and meet the artist.

If you’re at all interested, and are available any time Tuesday through Thursday next week, drop me an email at sonnetevent@djmail.org and let me know what interests you and when you’re available.  And if you know someone who is interested in this kind of thing and would be interested in being involved, please pass a link to this blog post along.

Posted by DoubleDeej at 3:36 PM No comments:

Here we go… the results of my LOST survey.   With my own thoughts and feelings following at the end.

Discussions about LOST could go on forever, and I certainly don’t want to get too detailed in my own thoughts, but I would like to say a few things, especially with regard to the way the series ended.

For the most part I enjoyed the series, but found myself frustrated by it probably as much as I enjoyed it.  My analytical mind doesn’t like to have questions go unanswered, and as anyone who watched the show knows, the writers enjoyed creating new questions more than they enjoyed providing answers to them.  And that internal battle was probably a hurdle that I never fully overcame, so I was never really able to full invest myself into the show.

A lot of fans of the show would go back and re-watch episodes to try to pick up on small details that would be missed the first time through.  I, on the other hand, with the exception of the pilot and finale, only watched each episode one time.  I just couldn’t get into it enough to invest more time than I did.

But moving on to the story as a whole, I did enjoy the character development and the way the show would do flashbacks and give background to those characters.  It made it that much more believable when we would see characters do things that would have otherwise seemed unusual.

But, on to the finale…

Some may have been really surprised by the way the series ended.  I expected some sort of spiritual ending, just based on the fact that so many spiritual issues had been raised, especially in this last season, with the Jacob vs. the man in black representing good vs. evil so prominently just as one prime example.  So for the answer to “what’s going on here?” to be “this is an afterlife experience” wasn’t a huge shock for me.  I can’t say that I knew ahead of time that the sideways story wasn’t mortal life, but there was definitely something askew and it just did not feel like it was real.  So to have it revealed that it wasn’t was not a shock.  The rug may have been tugged, but it wasn’t ripped out from under me.

There were several aspects of the finale that I really liked.  I liked having many past characters return, and the many reunions that ensued as a result (and yes, I did get a little emotional with some).  I liked that Jack and Kate were finally together (I never liked her with Sawyer).  I liked that Claire wasn’t really crazy after all (she was one of my favorite characters, so I didn’t like that she was behaving so strangely earlier in the season).  I liked that they did get rid of the MIB.  I liked that Hurley had the opportunity to step up and take charge.  I like that they explained (at least to some degree) why this particular group of people was selected to be on the island.

While it was enjoyable, I don’t think I will go back and watch the series again.  Six seasons of one hour episodes is a lot of content to try to take in again.  I don’t exactly have 121 hours to spare.  I know a lot of the things we wondered about in earlier seasons would make more sense in retrospect, but I’m not so attached to the show that I can make that commitment again.

One of the great things about the advancement of technology is that things that were once hard to find become common.

One of the bad things about the advancement of technology is that things that were once common become hard to find.

Posted by DoubleDeej at 9:57 PM No comments:

If you’re a Lostie, please take a few minutes to fill out my 10-question survey about your feelings on the show.

Reach for the Cloud

If you’re familiar with the Mobile Me service offered by Apple, one of its features is the ability to store files on Apple-run servers directly from the Mac, making them accessible from anywhere at any time.  Few people know this, but Microsoft also provides similar a similar capability with to anyone with a Windows Live account with its free SkyDrive service, providing 25 GB of storage.  Mac users get the privilege of paying $99/year for this capability, but with 5GB less storage space. Suckers.

It takes a few steps to get it setup, but they really aren’t that hard with a little instruction.  Windows 7 may be required, but it might work on Windows Vista, I haven’t tried it.  (I’m not running Vista on any of my computers any longer, so I can’t test it.)  I know it doesn’t work on XP.
Voila!  The drive will open within a few seconds.  If you turn on the “Reconnect at Logon” option in step 9 it will automatically reconnect each time you logon to Windows.  Pretty cool stuff.

You now have a link in Windows Explorer to your SkyDrive “cloud” storage that can be used with any Windows program, and even shared between multiple computers.  And all for free, and without installing a single piece of software!

I even use it with the software I wrote and sell, FileBack PC, to backup important files automatically.  Slick.

Original idea came from Paul Thurrott on his blog.
Posted by DoubleDeej at 4:34 PM No comments: