Since I’m really bad about getting Christmas cards and letters out (it has been many, many years), I thought I’d use my blog to publish what would have been my Christmas letter.  I can reach more people this way, anyway. 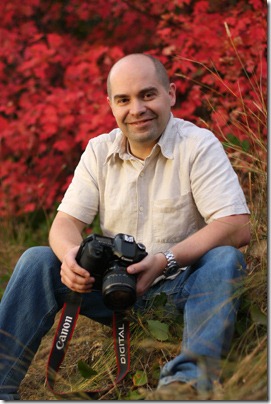 In many ways 2010 was much the same as the past several years, consumed mostly with my work responsibilities.  As many, but not all, of you may know, in late 2007 I got involved with a new business venture.  A friend of mine, Jared, contacted me to ask if I would be willing to create the cash register component of a Point-of-Sale system for a quick-service pizza restaurant being opened by a friend of his. Despite my hesitation to get involved in such projects in the past, I decided to undertake the challenge.  Soon we began to attract the attention of other franchisees in the chain, and before we knew it we were selling our product to others.  Since that time we officially organized Custom Register Solutions, of which I am part owner.  In 2010 we increased our size from 3 employees to a company with 15 people.  It has been quite a ride.  My brother Brent joined the company in June this year, helping to create the web site portion of our software.

In 2009 we were approached by some executives from the parent company of the same international pizza chain to see if our product could be adopted to some new and very specific needs.  It was pretty evident that we could, so since that time we’ve been working intimately with them.  We’re confident that we will be announced as their preferred POS vendor very soon (the only “iffy” part is when, not if).  Between the preparation for that upcoming announcement, the demand it will place on us when that happens, and our fast-paced development schedule in the company I have been working very long weeks for a little over 3 years now.  It is nice to be getting close to the realization of what was, at the time we started the project, an impossible dream.  We’re doing some very cool and innovative stuff, but I can’t talk about that just yet.

In spite of the many hours I spend working, I have still gotten involved in several other outside projects.  Everyone who knows me is well aware of my interest in audio, video, and photography, and I have always enjoyed working on any project that involved any or all of those three.  This year was no exception.  Early in the year I proposed the idea of a live Internet-streamed concert to an up-and-coming California-based artist named Sonnet who had become known in Utah for the soundtrack she provided for a popular television commercial, and she was gracious enough to accept.  Soon the project blossomed into an honest-to-goodness real music video as well, which my friend Dave would direct, and another friend Paul would shoot.  February through May included a lot of planning for those events, which took place the first through second weeks of June.  It was a very busy schedule, but it was also a lot of fun spending time with old and new friends as part of the crew.  Few of the final results have been posted on the Internet at this point , but I will be sure to let everyone know when they are.

I had the privilege of spending more time with family this year than most.  My youngest sister Christine graduated from BYU in Psychology in April, and my parents and sister Suzanne all flew to Provo to be there for that.  Christine was seriously dating her then-boyfriend Brennen at the time, and a week later they announced their engagement to be married in August.  Through the planning stages my mom came back to Provo to help Christine out for a few days.  The entire family came out for the wedding in August.  It was the first time that all of us had not just been together, but had the opportunity to go to the temple as a family as well.  It was definitely a memorable occasion which we are all grateful for.

After the craziness of the wedding wound down, it was back to work as usual for a couple weeks before I headed to Tucson for two weeks to help with the installation of our software in 13 store locations there.  It was hot and stormy the first week, and the second week it was hot and dry, but the condo we rented had no working air conditioning.  I spent many nights on the couch just trying to get comfortable enough to sleep, while working in the heat during the day.  I was glad to come home.

This year I also got to see one of my favorite musical acts, Celtic Woman, perform not once but twice.  They came to Salt Lake in May, and I took my friend Sarah as my date, and Dave and Paul tagged along as well.  Sarah spent several years in Ireland and enjoys Celtic music, so it was a treat for her to be able to go.  The girls in the group are pretty amazing.  I really enjoyed the concert, so when they went to Los Angeles at the end of August I decided to see them again.  This time I took Sonnet with me, who despite being ill that day had a good time.  It was also nice to see my new friend again and spend a couple days with her in her hometown.  We planned to work together to record a short Christmas album, but due to both of us having busy schedules that didn’t happen this year.  Maybe next year?

Other projects this year included shooting video for a handful of weddings, doing audio for an international dance/music festival in Sandy, UT, my annual trip taking pictures of fall leaves with my friend Dave, recording the commentary for a feature film, and being the regular sound guy for the Mountain Blue southern bluegrass A Cappella gospel group.  Mountain Blue kept me really busy in early December, with quite a number of performances in the first half of the month.  But I love anything involving audio, video, or photography, so any opportunity that comes is more than welcome.

I am spending my Christmas vacation at my parents’ home (as I always do) in Tulsa, OK this year, with nearly all of the rest of my family.  Only my sister Cheryl and her husband Blake and their kids won’t be there. Their family is getting big and it is becoming more difficult for them to all travel.  It’s sad that they won’t be there with the rest of us, but we understand why they can’t and they’ll be with us in spirit.  This year Christine will be bringing her new husband with her, so we’re excited to include a new family member in our festivities.  We’re very lucky that we have been able to have so much of our family together for Christmas for so many years.

The 39 Days of Christmas

In case you missed it, here are the gifts for the 39 days of Christmas…

Posted by DoubleDeej at 2:46 AM No comments: