Most people following my blog probably already know that in addition to writing software, I also enjoy photography, video, and audio.  Unfortunately in the last couple of years the number of opportunities I have had to provide audio for different events has declined.  And I miss it.

About 4 years ago I bought my dream audio mixer.  Not that I had bad equipment prior to that, but I was starting to do events that began to push the limitations of the equipment I had at the time.  So I broke the bank (many people buy decent cars for a lot less) and bought something that would provide for any possible need I might ever have, the Mackie TT24.  And it’s glorious. 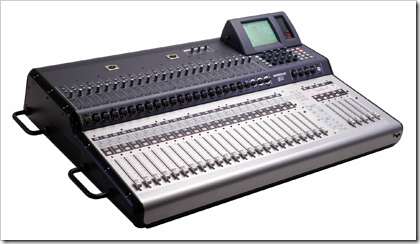 As luck would have it, about the same time I bought it was the same time that my connections to different organizations that needed audio support started to decline.  I was excused from my singles ward, which had provided many opportunities (both for the ward directly, and for people I met in and through that ward).  And many of the people I had worked with in the past had left the area.  Fortunately I was asked to be the sound guy for a vocal group that performed about every other Sunday night.  That kept me busy for about a year, and I enjoyed it very much.  But when the director of the group moved on to other things, my connection to the group was severed.

At one point I was asked if I could provide sound for a large benefit concert with several very well known performers in Provo.  But ultimately the job went to someone else, ironically because they decided that my “quote was too low” which to them meant I wouldn’t do a good job.  (I was really just trying to give them the best deal possible.  D’oh.)

Sure, I’ve done audio for other events on a much smaller scale.  Karaoke parties, deejaying, aside from a few church functions here and there.  But none have had a need for audio on a large scale.  Which means that my mega-amazing mixer, speakers, microphones, etc. don’t get used very much.

One of the things in my life that provides sanity is being able to jump around between different hobbies.  Up until recently, doing sound for different events was a big part of that.  So I miss having the opportunity these days.

So if you are a part of a group that has need for audio on a serious scale… professional quality job with high-end equipment, and you’re in my area, I’d love the opportunity.  And in many cases I’ll do it pro bono if it’s for a charitable group or a cause I believe in, just because I enjoy it.

Jeff and I would love to record some songs if you are willing! And of course we would pay you big money for your goods and services! Those people must be crazy not to hire you, you do an incredible job. I have never seen more a more amazing set up than at our Ward talent show!

Also, have you ever recorded high school plays? We hired a professional to record Les Mis, and it was the CRAPPIEST thing ever made, and I will be mad for the rest of my life because the only copy (Which I paid $25 for) you can't hear anything, it is blurry and too bright. You could have done a billion times better.

Uh, I'm sure you are looking for bigger things and will now have a bunch of small offers but my little sister MaryAnn has a small group that goes around and sings at rest homes on weekends. They have done it for years. She is probably moving to California at the end of the semester so they really want to make a CD. Do you still do that, and how much do you charge? They can only find a guy in Spanish Fork who does it and he is kind of pricey and out of the way. They would rather do it in Orem or Provo if you are interested. I've told them you are the best. ;)

If you and Jeff would like to come in and record something, that would be fun.

And, yes, I have done things like high school plays. The trouble I run into is that to do it effectively you really need two cameras, which means I have to hire someone to run a second cam, which makes the price go way up. If a school could guarantee they'd sell 30+ copies at $25 of something it would be worthwhile for them to hire someone like me to tape it, assuming they have the rights to do so as part of their contract with the playwright. But using a single camera can still be done; it just looks amateurish.

I do still record CDs. It wasn't that long ago that I finished the last one. My philosophy on recording CDs is that it's only worth the effort if it's going to be done right. And to do it right it takes a minimum of 4-5 hours per song, and at $30/hr, so many people decide it isn't that important to them.

Oh Doug, don't be sad! You know I would always be glad to do recordings with you! Just like Elise said. It has been many moons since I have seen you.