Every once a while a technology product comes along which is just an absolute bargain.  And very often those bargains are unknown to the general public.

Most of the time when you buy a cell phone you have to buy it with a contract, or pay out the nose for it up front.  Most smartphones, if you buy them outright, will cost $500 or more, and if you don’t pay that out-of-pocket it is figured into your monthly bill one way or another.  The Lumia 520 and 521 are inexpensive (both are easily less than $150) and don’t require you to sign a contract or even activate the phone.  But why would you ever do that?

Well, consider all of the things that people like to do with their phones… browse the web, check for email, listen to music, watch videos, play games, get driving directions.  Imagine being able to do all of that without a monthly payment.  Zero.  None.  No contracts, no monthly payments, ever, unless you want to.  That’s what’s great about these two models of phone.

Much of the time when you want to listen to music, it is music you already own – you don’t need an active Internet connection to stream it.  Maybe you have an iPod Touch that you listen to music on.  But those start at $229.  The Lumia 520/521 play all of your music just like the iPod Touch does – and in my opinion does a better job of it.  And they are a lot less.  And with an iPod, if you run out of storage you have to buy an entirely new device.  With the Lumia 520/521, if you run out of storage you can buy a Micro SD Card (up to 64 GB) and pop it in.  The Lumia 520 + a 64GB of storage is less than half the cost of the cheapest iPod Touch.  And it has an FM radio too, which the iPhone does not. 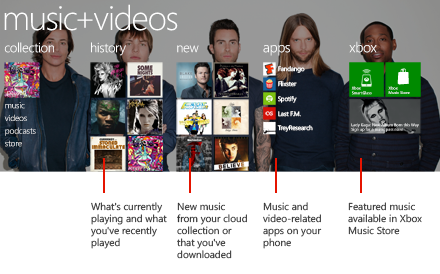 Now say you want directions from A to B.  Yes, I know that smartphones already do that.  But to do that they nearly always require Internet access and a data plan.  Because the Lumia 520/521 runs Windows Phone 8, you can pre-download maps (state-by-state or country-by-country) at home over WiFi before you leave, and store them on the device for use even when you don’t have Internet access.  You get door-to-door directions, like a dedicated GPS unit, for a lot less than a dedicated GPS unit.  And unlike the budget GPS units, it even knows how to pronounce street names so directions are specific – “turn right on Juniper Avenue” instead of “in 300 yards, turn right.”  If you do activate the device as a phone or tether it over WiFi to a smartphone or tablet, you even get up-to-the-minute traffic information, so it can route you around problems.  And I actually believe that Nokia Drive is the best navigation software out there for any smartphone.  It’s fast, accurate, and touch-friendly so it works great in the car, and best of all, it’s totally free.  And since it doesn’t require a data connection, it works in the middle of nowhere when your cell phone won’t.  (Nokia, incidentally, owns Navteq, which easily has the best map data anywhere – easily besting Apple [cough] and Google – and this is where the map data for Windows Phones comes from.)

Watching movies is easy too.  Since you can pop a Micro SD card in, you can store a lot of video for the kiddies to watch in the car.  It isn’t the biggest or best screen, but it’s more than adequate.  And at 800x480 pixels, a lot higher resolution than you’d get from an Android device in the same price range.  Most of those are 320x240 – or maybe VGA if you’re really lucky.

Say you’ve got a kid that is bugging you about wanting an iPod Touch or iPhone to play games on, but you’re not excited about the cost.  These two Nokia phones do an excellent job of playing games.  It’s true that you won’t get the same selection of games you get on an iPod, but you also aren’t shelling out a ton of money for something that is probably going to get lost, broken, or stolen and have to be replaced over and over.  If one of these phones gets lost or broken, it isn’t that big a deal because they’re so inexpensive. 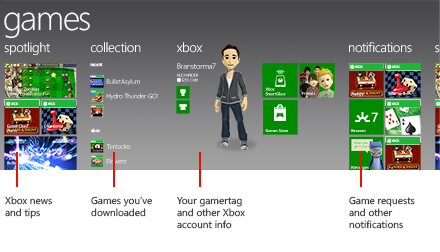 And of course whenever you’re in range of WiFi you get all of the benefits of a smartphone that you’ve come to expect.  It will check your email (best email client on a smartphone I think), it will browse the web (not the best browser, but certainly more than serviceable).  And play games.
So why a Windows Phone?  Well, because in this price range nothing else comes close.  Apple doesn’t make an i-device for less than $200, and anything in that price range running Android is just, well, a downright ugly experience.  The 520/521 might be the slowest Windows Phones out there, but they aren’t slow.  They feel very fast.  They’re certainly a lot faster than anything running Android at three times the price, and faster than any Apple device more than a year old.  And they don’t feel cheap like many similarly priced devices do.  They feel well built so they should hold up to the abuse that you or your kids throw at them.

The only difference between the two is that one is sold by AT&T and the other is sold by T-Mobile.  You don’t have to have an account with either carrier to buy one – just order it from Amazon or pick it up at Wal-Mart.  As of this writing, the Lumia 520 is only $59.99 at Amazon, and the 521 is $119.99.  Again, you don’t sign up with the carrier if you don’t want to.

These two phones are absolutely the best deal on technology out there today.  You get the functionality of a good smartphone at a tiny portion of what it would cost you to get it otherwise.  Nothing else even comes close right now.

The one thing to note is that these phones are locked to either AT&T or T-Mobile.  Which means you can’t just pop in a SIM card from the other carrier and have it work.  If you want to use one as a phone, only AT&T SIMs will work in the 520, and only T-Mobile SIMS will work in the 521.  So if you want to have one as a backup phone, buy the one that is tied to your carrier.  But, again, you don’t have to be (or become) an AT&T or T-Mobile customer.
They also only come with 8 GB of storage.  So you probably will want to consider getting a MicroSD card for additional storage.
Is this the perfect device?  Certainly not.  But for the price, nothing else even comes remotely close.
Bonus tip: If you do happen to be a T-Mobile customer, go to their web site or one of their stores and sign up for a free tablet account, even if you don’t have or plan to buy a tablet.  You get 200 MB of 4G data every month at no cost (and if you go over that data allotment they just slow you down – there are never any overage charges).  You can then use that SIM card in the Lumia 521 and use it to access the Internet on the phone without paying for a phone line – you won’t have to pay a dime in service charges, ever.  You won’t be able to make phone calls (unless you use an app like Skype over the 4G connection), but you can do everything else you'd be able to do on a smartphone, and it won’t cost you anything to do so.
Posted by DoubleDeej at 1:07 AM

Wow thats really cool, i might pick up a 521 with t-mobile!

This phone is no worthless, i mean i just have one for one month, the it broke up, i cant fix it and i have to get whatsapp pc to chat with my friends.